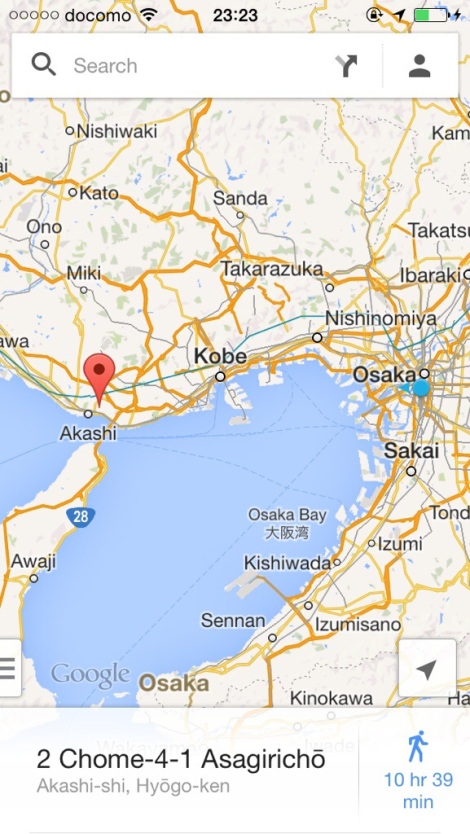 The Kobe-Osaka-Kyoto sprawl is the second biggest urban area in Japan with a population of over 16 million living within a 50km diameter. It felt like it today. 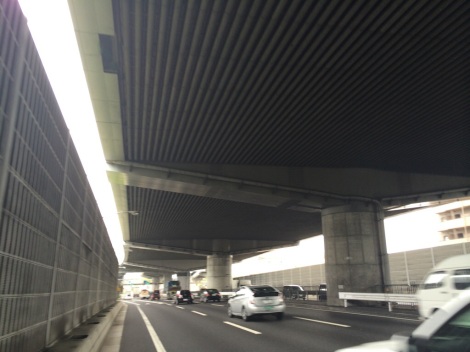 Initially, I took the road along the coast and passed under the Akashi Kaikyo Bridge that I’d crossed in Mori’s truck yesterday. It’s an impressive structure and I’m kind of glad I didn’t cycle it as it is little more than a floating road exposed to the elements. 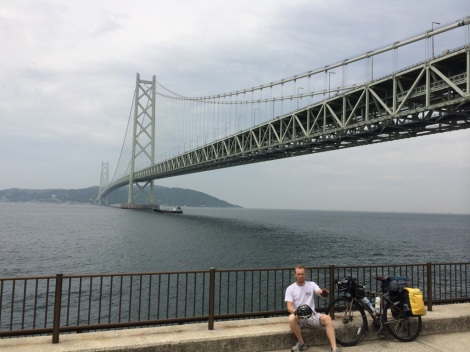 From there the road stayed close to Osaka Bay but the water was almost permanently hidden from view by factories, processing plants and general industrial hoo-ha. The road was a four laner with constant traffic and a permanent shadow cast by the expressway which threw traffic at a more rapid pace towards Osaka. There was nothing fun about the ride but it got me to Osaka and some familiar territory that was home to some familiar faces. 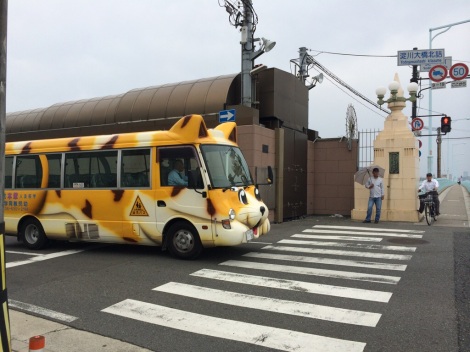 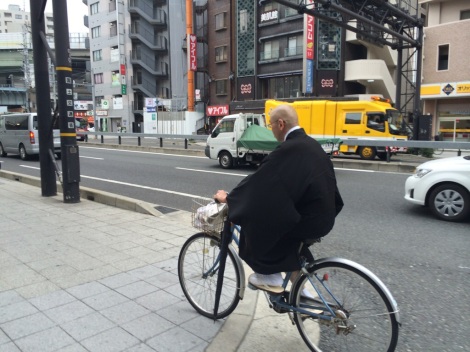 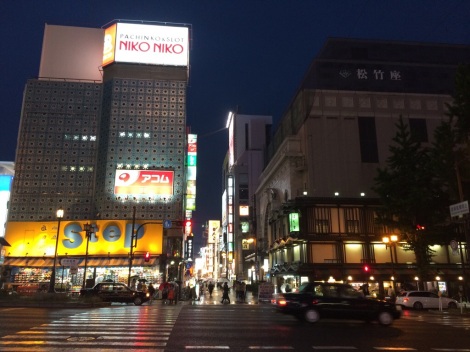